Trailing stop expert advisor allows you to automatically protect the profits with your positions. It adjusts itself according to the current market rate and the amount of pips you give it to trail behind. Trailing stop is a great tool for the conservative and long term traders as it easily creates protective «airbag» for the trades. 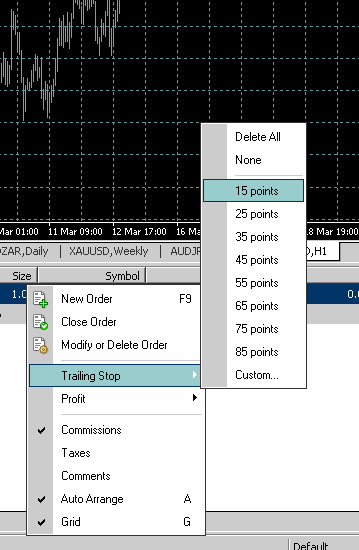 As we know, It’s sometimes hard to find indicators or EAs that you need quickly.
So, i’ve decided to collect the resources about this tight trailing stop expert advisors available today that are the most useful and we can trading with ease.

Here eight collection trailing stop EA that I hope that would be useful for as a forex trader :
All EA should be copied into the “/Experts” folder from your metatrader 4.
1. Swiss_Army Expert Advisor 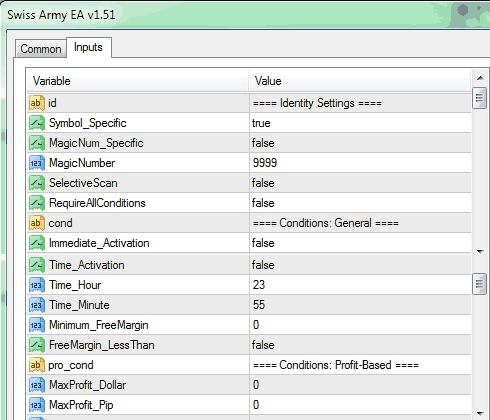 Parameters:
The EA will print to the screen what it is allowed to do, so that should help you along in figuring out what it is doing.
This is the EA you’ll need to spend some time with to learn how to use it.

Purpose:
Modify trailing stop loss on all profiting open trades on the current account & attached charts.
Close all trades and take specified profit when entire account is in profit.

Parameters:
Look inside: Can be Found at Trailing_Stop_Manual.pdf

Purpose:
To use automatic trailing stop for all positions that are open or will be opened in the future.
This indicator applies to 1 chart at the time. If yo need to work with 2 or more charts, don’t forget to put this EA there as well.

Parameters:
BreakEven – value in pips after which the SL will be set to breakeven. 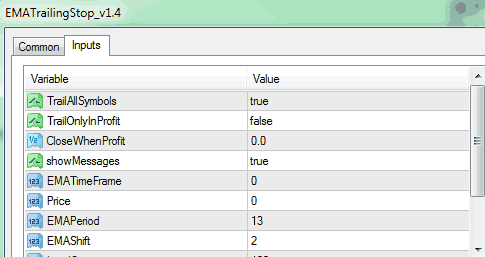 Purpose:
Trailing Stop based on an EMA.

Parameters:
TrailAllSymbols – “true” – will trail all the symbols/pairs, not just the one it’s been attached to.
CloseWhenProfit – set this parameter to start trailing the Sum of all profits gained for all open trades. When it reaches the value you’ve set, all trades will be closed.
TrailOnlyInProfit – “true” – will trail only those trades that are in profit. “False” – will trail all the trades.
EMAShift – that is not MA shifted, but the bar of EMA that is used as a trailing stop. If you set set it to 0, it will, do it on every EMA bar tick.
With magicNumber.from and magicNumber.to you “regulate” which magic numbers should it trail (magic number 0 are usually only manual trades, so if you include 0 it will monitor and trail manual trades along with chosen magic numbers). 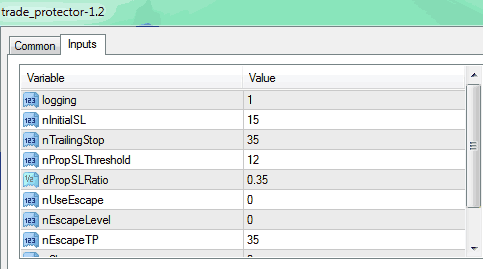 Purpose:
Unlike a regular fixed trailing stop, which is sensitive to price pullbacks, the proportional trailing stop allows to set % ratio of pips being protected by a trailing stop depending on how well the trend moves. You set the % ratio, and the EA keeps moving the stop loss to X% of the distance between the current price and the order.
Formula used:
ProportionalSL = | CurrentPrice – OrderOpenPrice | x Ratio – Spread. 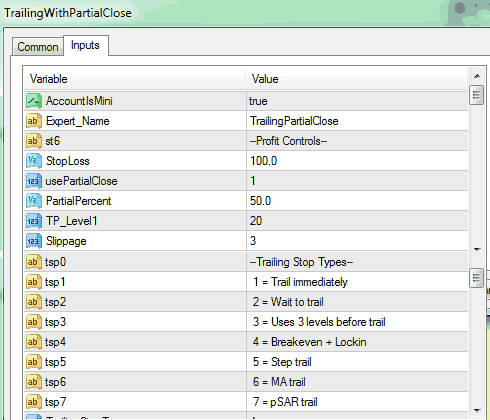 Parameters :
You can explore and test in demo first, because a lot to explore this many parameter.

All trailing stop mt4 ea above you can download here and run test on demo first and have a great trading using our best and complete type of trailing stop forex expert advisor.