Fibonacci numbers were developed by Leonardo Fibonacci and it is simply a series of numbers that when you add the previous two numbers you come up with the next number in the sequence. Here is an example:

Well, the relationship between these numbers is what gives us the common Fibonacci retracement pattern in technical analysis.
While there are many variations of the ratio set, simple is better, lets focus on four major retracement levels.

23.6% — The shallowest of the retracements. In very strong trending markets price typically quickly bounces in the area of this ratio.

38.2% — This is the first line of defense of the current trend. Breaking this level starts to erode the underlying trend.

50% — The neutral point of any retracement. This is the critical tipping point.

61.8% — retracing to this typically signals a breakdown in the trend.

In this section we will also show examples of how potential opportunities form when price retraces beyond 100% by following another set of Fibonacci ratios:

In order to find these retracement levels, you have to find the recent significant Swing Highs and Swings Lows. Then, for downtrends, click on the Swing High and drag the cursor to the most recent Swing Low.

For up-trends, do the opposite. Click on the Swing Low and drag the cursor to the most recent Swing High.

Got that? Now, let’s take a look at some examples on how to apply Fibonacci retracements levels in the markets.
Uptrend

This is a daily chart of AUD/USD. 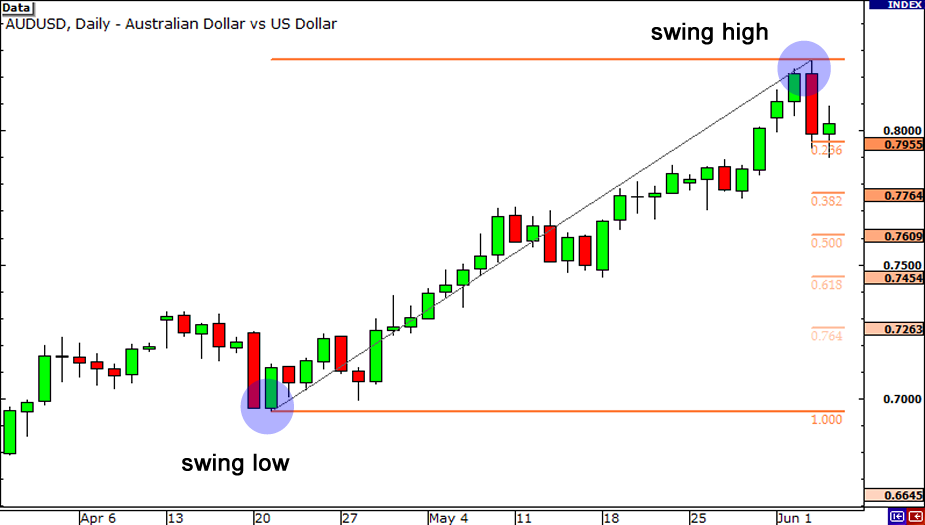 Here we plotted the Fibonacci retracement Levels by clicking on the Swing Low at .6955 on April 20 and dragging the cursor to the Swing High at .8264 on June 3. Tada! The software magically shows you the retracement levels.

Now, the expectation is that if AUD/USD retraces from the recent high, it will find support at one of those Fibonacci levels because traders will be placing buy orders at these levels as price pulls back.

Now, let’s look at what happened after the Swing High occurred. 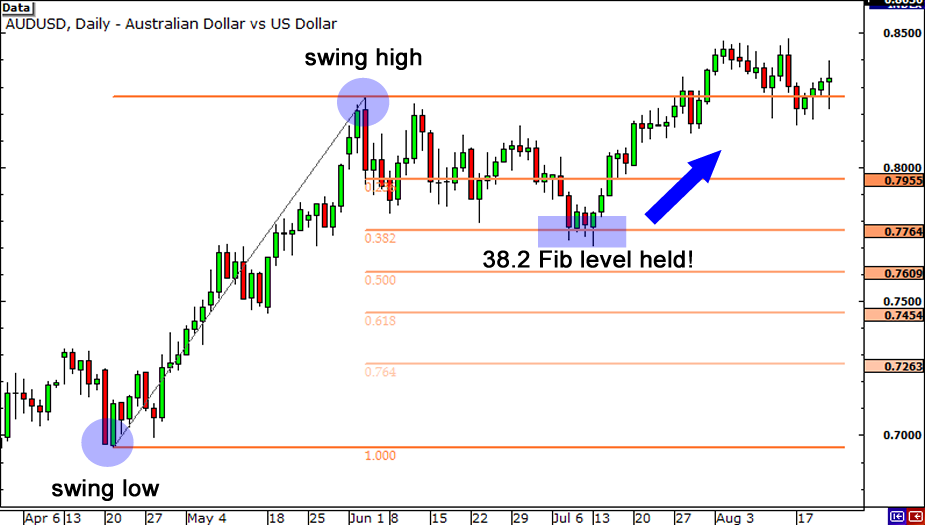 Price pulled back right through the 23.6% level and continued to shoot down over the next couple of weeks. It even tested the 38.2% level but was unable to close below it.

Later on, around July 14, the market resumed its upward move and eventually broke through the swing high. Clearly, buying at the 38.2% Fibonacci level would have been a profitable long term trade!
Downtrend

Now, let’s see how we would use the Fibonacci retracement tool during a downtrend. Below is a 4-hour chart of EUR/USD. 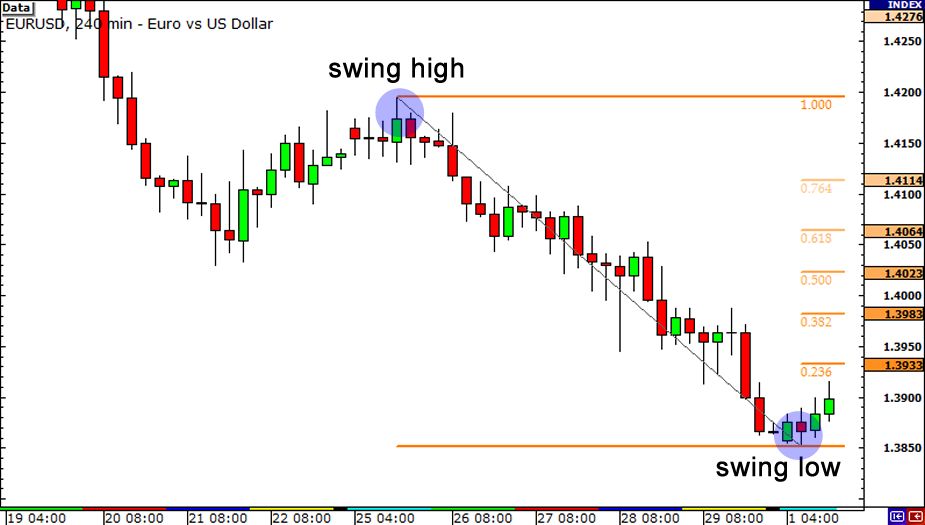 The expectation for a downtrend is that if price retraces from this low, it will encounter resistance at one of the Fibonacci levels because traders will be ready with sell orders there.

Let’s take a look at what happened next. 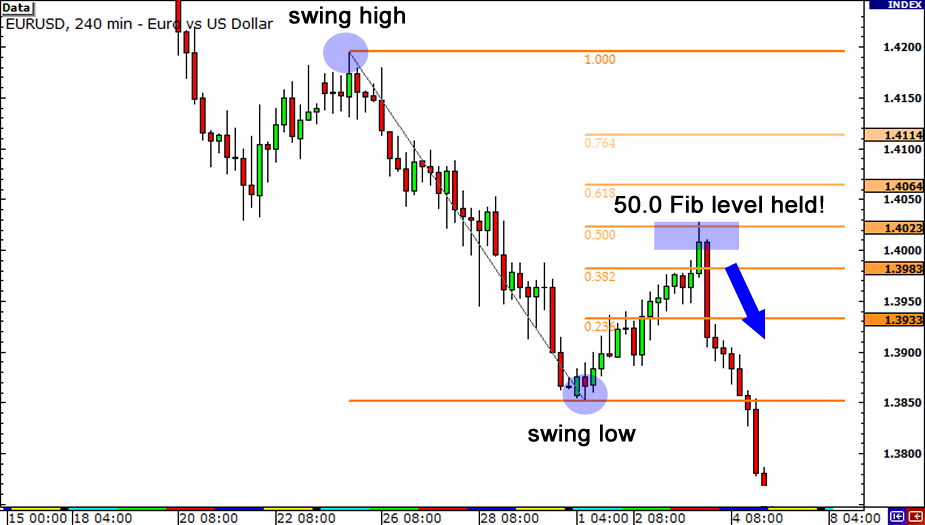 In these two examples, we see that price found some temporary support or resistance at Fibonacci retracement levels. Because of all the people who use the Fibonacci tool, those levels become self-fulfilling support and resistance levels.

One thing you should take note of is that price won’t always bounce from these levels. They should be looked at as areas of interest, or as Cyclopip likes to call them, “KILL ZONES!” We’ll teach you more about that later on.

For now, there’s something you should always remember about using the Fibonacci tool and it’s that they are not always simple to use! If they were that simple, traders would always place their orders at Fib levels and the markets would trend forever.

In the next lesson, we’ll show you what can happen when Fibonacci levels fail.
In determining the points of the Swing High and Swing Low precisely in order to produce accurate and Ressistance Support needed from your own experience. The more you use these fibonacci system then you will be more professional. Hope it helps, success always. 😉