The chaos theory is not a theory about disorder as some people think, but on the contrary – a theory about a different order or rather about a higher order that we are unaware of, if you are fan of the Bill Williams trading methodology and if you are familiar with Elliott wave analysis, Five Dimensions expert system is the right choice for you and will be very helpful in your trading.

The “CHAOS” notion was first applied to the financial markets by a well-known American analyst and trader Ph.D. Bill Williams in his first book “Trading Chaos” published in 1995. 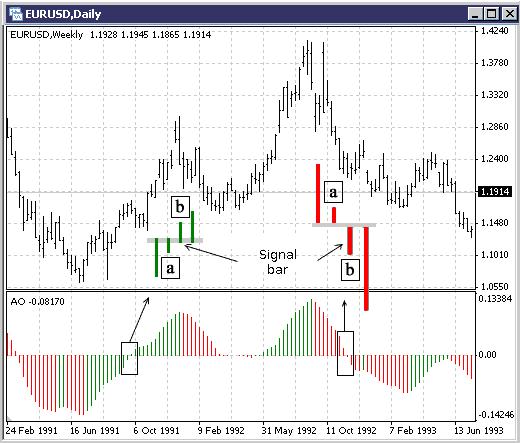 The author calls “CHAOS” a new coming information, being in a way an energy, which by means of the feedback and further actions of the market players starts moving prices for financial and raw material assets upwards or downwards. CHAOS is freedom. It is a freedom of world perception, thinking and motion. CHAOS is a patch of least effort, which the energy takes. TRADING CHAOS is a well-known trading strategy applied to the stock market trading which is based on a non-linear movement.

Analysis of the graphical line of the price movement enables to reveal certain patterns that later become trading signals for the traders and analysts.

This web site does not intend to repeat or describe the Chaos Theory in financial markets. The Internet has more than enough information about the Trading Chaos. Besides, it is much better to read the original source several times and complete a training directly from the author of the strategy. My objective is to give a short summary of the main postulates of the theory and of the trading signals of the strategy and then to present you my software related to this theory that generates every single trading signal, to teach to trade “CHAOS” using a specialized software.

In his Trading Chaos apart from the psychological aspects Bill Williams describes the following notions and trading signals:

1. “Safety Cushion” is a loss limit that a trader is able to afford not to destroy his trading account when the market is volatile. Safety cushion is placed one minimum deviation of the price above of below the highest high or the lowest low of the second bar (candle) to the back from the considered higher level taken from the period. For the day trading range the higher level is considered to be a week, while for the 4-hour charts – a day, i.e. there must be a multiplicity equal approximately to five.

2. Bars. Candles. A rough estimate of the direction of the trend movement depending on in which third the last bar was closed. The description of the bullish and bearish extreme bars, the generation of which shows the possible change in the direction of the market movement. “Dive” and “climb” bars claiming the trend directed movement. Neutral bars that confirm the formed directed market movement rather than its change.

3. Fractal is a diagrammatic price model consisting out of a series of five consecutive bars, where the bar midpoint has either the highest or the lowest price compared to the two neighbouring bars. The fractal with the highest high of the bar midpoint is called a buy fractal and the fractal with the lowest low of the midpoint of the price bar is called a sell fractal. Crossing the fractal level by regular price movement in one way or the other indicates the generation of a directional impulse price movement that has a profit generation potential.

5. Market wave movement. The distance between the opposite fractals is called a market wave. The wave theory provides for the price movement which graphically forms eight waves in the following order: the first wave is the impulse wave, the second is the correcting one, the third – the impulse one, and the fourth, which is generally the longest wave, is the correcting one and is considered to be the most complicated out of all the waves, the fifth wave – the impulse one. Five waves are followed by three correcting waves А, B and C. The wave А is targeted against the wave trend, the wave В corrects the wave А and is targeted at the general trend that formed the “five waves”. The third wave C moves in the direction opposite the main trend. Wave movement forms the trend cycles. The wave is the main market structure. The fractal is the main wave structure.

6. Market rhythm. The first mentioning of the indicators and their settings. Bill Williams suggested using three simple sliding middle lines on closure with the parameters 5, 13, 34 and MACD indicator with the parameters (5,34,5). The buy trading signal is formed if the flattened lines stand in the sequence 5>13>34 and the histogram of the MACD indicator grows. The sell signal МА 5<13

As the computer software and special trading and analytical software improve, the Chaos Theory becomes even more developed in the financial markets. Bill Williams uses new computer possibilities in the relatively stable markets. Based on the results of the researches the author published his second book called “New Trading Dimensions”, which materially expanded the list of particular trading signals. The sliding middle lines described in the first book get new parameters and form an absolutely new indicator – ‘Alligator’. The market signals for entering the market at the fractal break are generated depending on their location against the Alligator’s mouth. The author introduces two new indicators АО (Awesome Oscillator) and АС (Accelerator Oscillator) into the traders’ use. He clearly describes the signals from these indicators. I will try to list those signals, but the description to them and the visualization may be viewed on the ‘indicators’ page of this web site.

One of statement from Bill :

Five Dimensions system implements the proved trading experience from the well known trading expert – Bill Williams, on some of the most advanced today trading platform metatrader 4.0.

“Our first signal entry into any market is always the first fractal outside the Alligator’s mouth. Once this signal is hit, we will take any and all signals that are triggered in that direction.

We would not take a fractal sell signal if, at the time it is hit, the price is above the Red Balance Line. This is the best method we have found to filter out nonprofitable fractal trades.”

Wanna get free 30usd and withdrawal the real money ? Just register in TICKMILL to get best trading conditions.