As we all know Elliot Wave is one of accurate analysis if we know to read each wave with the right value, here sample exercise below how to using elliot wave theory with the right method.

At one moment you are faced with a pattern that seems to have emerged wave 1 and wave 2, until here the pattern that has been confirmed correct wave is a wave pattern is characterized by the emergence of the correction wave (wave 2). 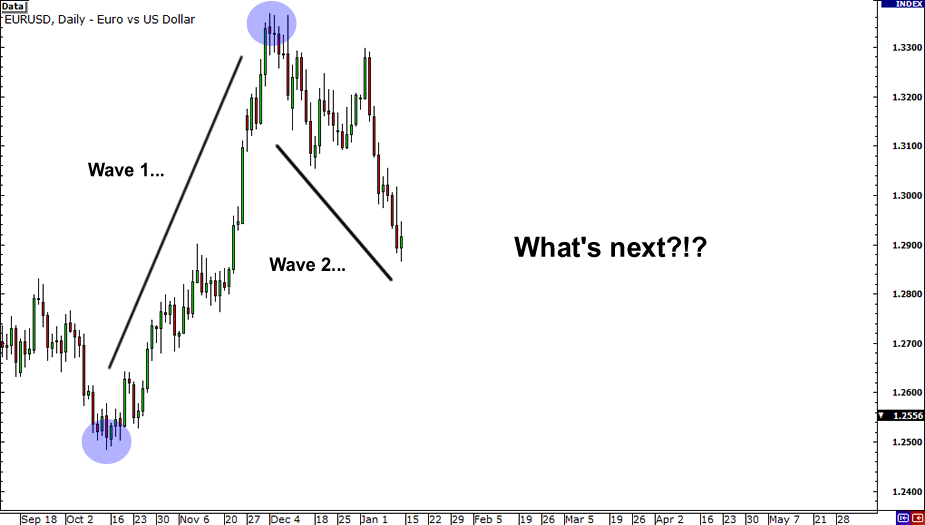 But wait, is this true wave 2?, it is still too early to make sure that this is a wave 2. For that some things which can be used as an additional consideration is:
* The nature of wave 2 is not likely to fall below the initial wave 1.
* Usually the wave 2 and 4, will bounce at the 50% Fibonacci level (retracement).

So now we draw Fibonacci lines along the wave 1. And look at the picture below, that the price has moved to a new level Fibo retrace 50%, so around that price is a prediction / signal which will be forwarded to the wave pattern 3, meaning it’s time to get ready to buy.

If you open a position, certainly the beginning of wave 1 position, is a realistic value to be used as a Stop Loss. Why? if prices continue to move down, it means we are wrong predictions, and identify if wave 1 is also wrong. 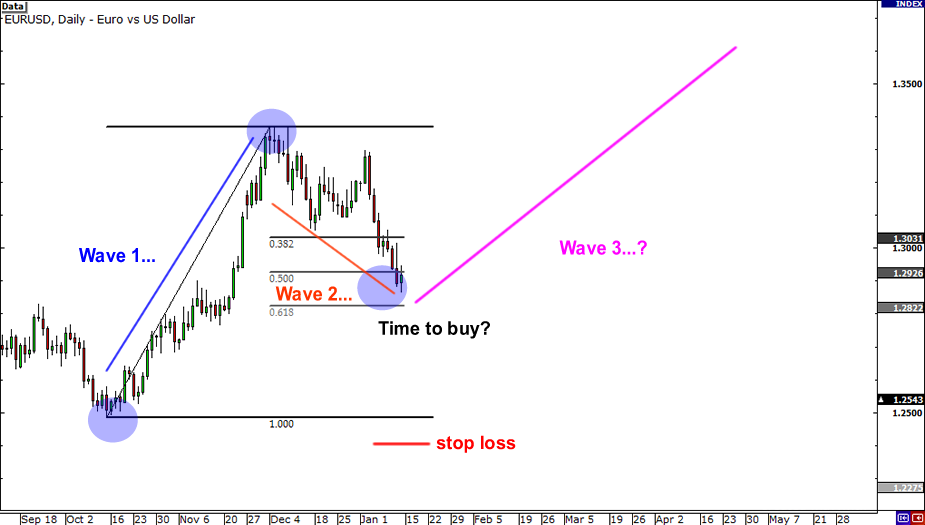 Fine, let’s say you do not miss the opportunity, you open Buy. After a few moments. 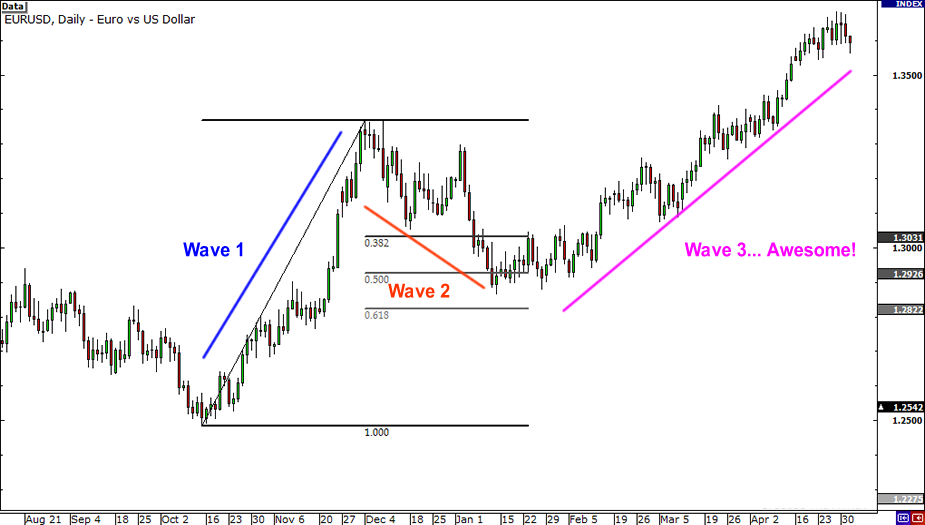 Yes … Hoolla, you just make predictions and act properly. Which is formed from the combined signal wave pattern 1 2 (Ellliot) + Fibonacci in confirmation with the wave 3. This means profit for you.

At one moment you see a down trend and pattern of 1-3-5 Elliot has been formed, and now followed in the correction phase of the ABC. From the picture below looks, there was a pattern flat / flat in the correction. 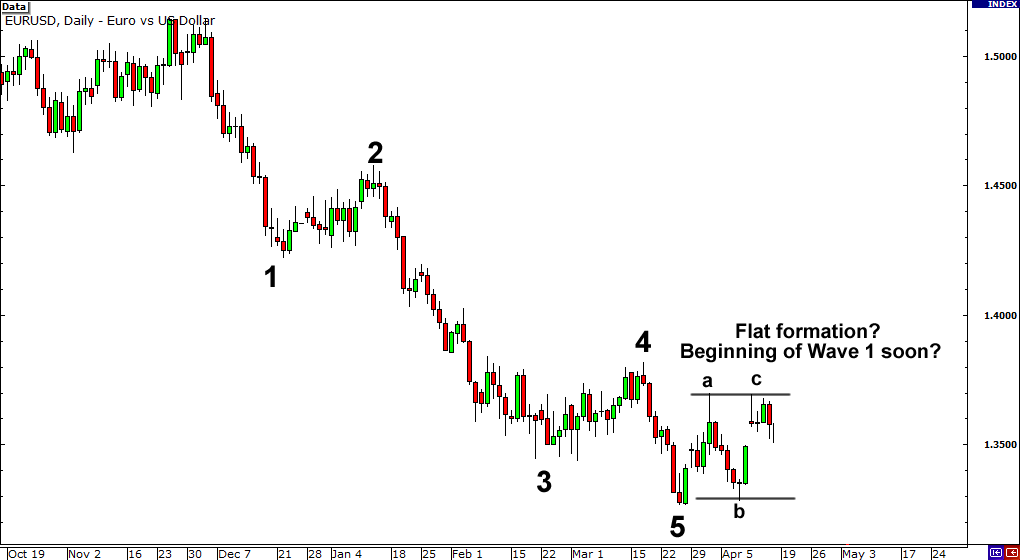 So there will be a sell signal / down or turn up / buy. Which is the best yes?. Because the initial trend is down then instinct says just follow the trend (trend Following) so prepare to open sell. 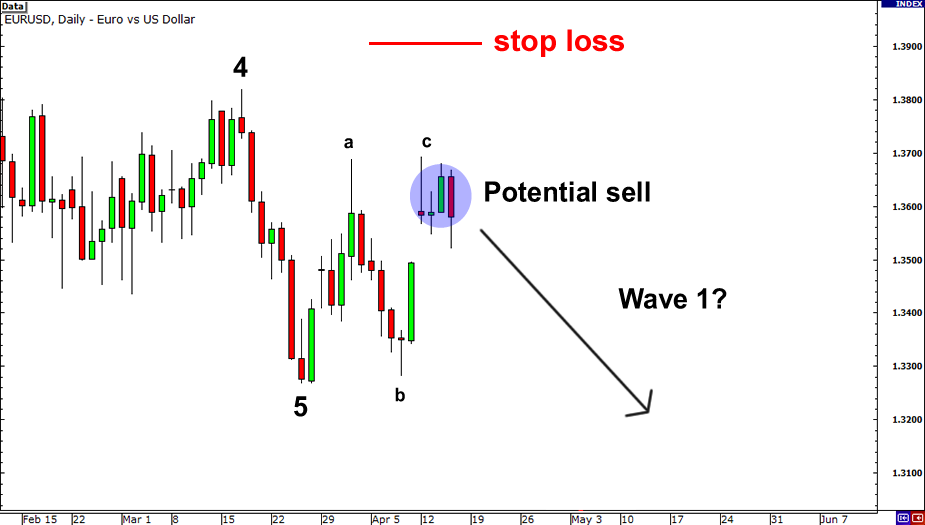 Because we follow the trend, so we Sell, and put stop loss in the final position of wave 4.
Let’s see what happens, how the subsequent price moves. 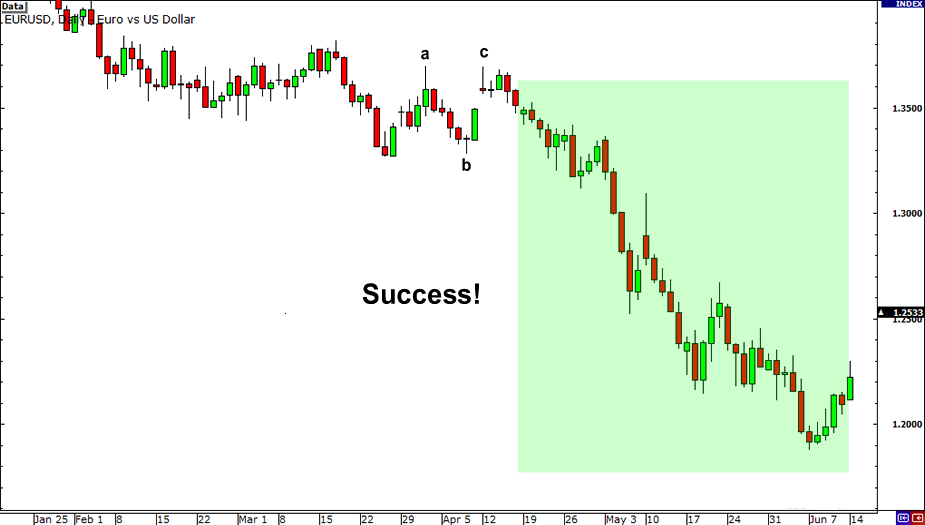 Yes.Congratulations, once again we understand about using elliot wave theory and the trend so your pips will be increasing it self. And don’t forget in learning candlestick basics and price action setups as reversal point on each wave.

Happy Pips by practice this great and simple elliott-wave theory in some recommended forex brokers below.